Baroness pays a visit to our regeneration projects across Coventry

Baroness Diana Warwick has been given a tour of our regeneration projects across Coventry.

She was also shown Spon End and Wyken which are part of our £35m regeneration projects.

Baroness Warwick, who is chair of the National Housing Federation, emphasised the importance of regeneration while she visited Spirit Quarters.

She said: “I am very impressed with what I have seen and the way in which Citizen has addressed community issues here. I love the green spaces and there is plenty of scope for community growth.

“It is important to build new homes but at the same time we can’t afford to neglect existing homes as communities have already developed.

“Here there has been a huge amount of effort and money put into an impressive regeneration project. Everyone involved should be very proud of what has been achieved.”

Spirit Quarters is our award-winning regeneration project which has transformed communities in North East Coventry.

We’ve also made huge improvements to existing homes – including an award-winning scheme at the Manor Farm estate, which saw us work with partners to transform 300 homes and the surrounding areas.

Our team remains at the heart of regular community activity at Spirit Quarters thanks to a thriving partnership with Moat House Community Trust and the project has created hundreds of training and job opportunities.

Our Chief Executive, Kevin Rodgers, said: “It was great being able to show Baroness Warwick around our developments in Coventry and illustrate the commitment we have made to the communities.

“She really enjoyed her tour of our Spirit Quarters development and was impressed by our plans for Spon End and Wyken.

“That is what we are trying to achieve with our regeneration ambitions at Citizen. We have to be prepared to throw ourselves headfirst into investing in projects from which we will see no return, simply because it is the right thing to do.”

We are planning to transform Wyken in Coventry by demolishing the Vincent Wyles tower block and building 93 new homes and refurbishing William Malcolm House.

In Spon End we will be transforming three blocks – Kerry House, Milestone House and Trafalgar House by making improvements to the properties.

Both will be developed over the next few years. 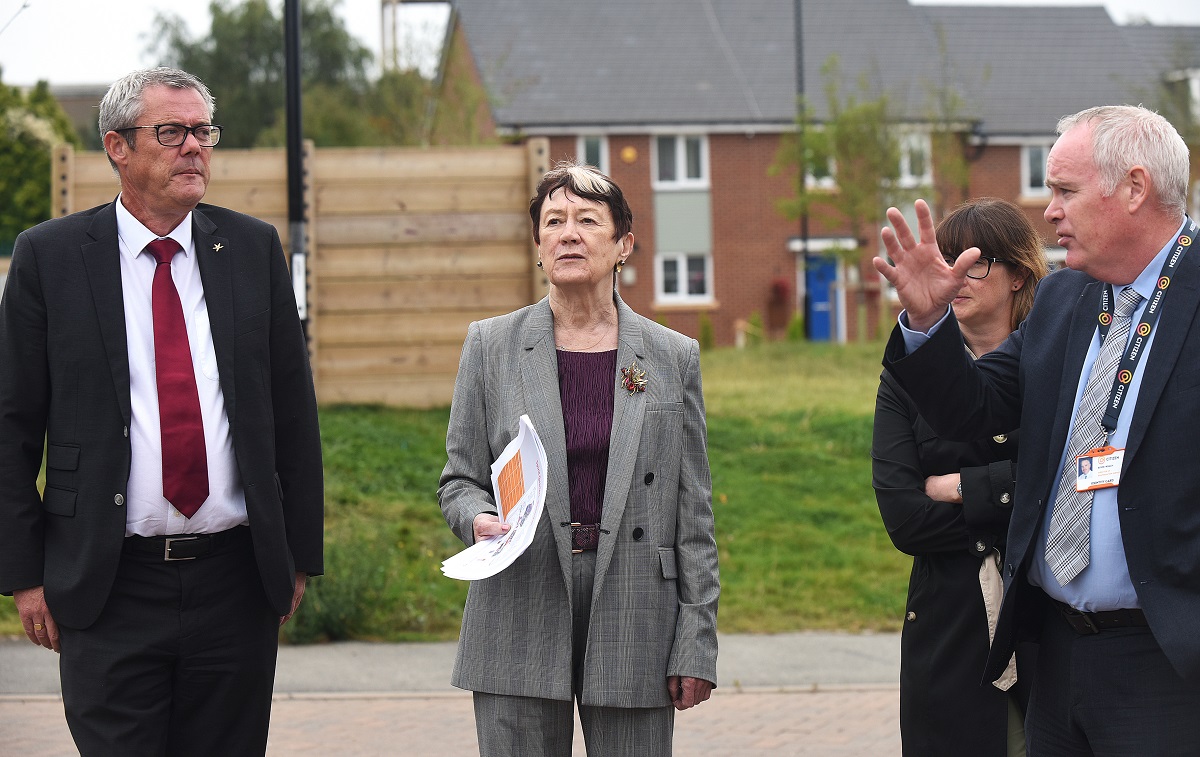