We were awarded £60,000 from the National Lottery Community Fund to run the Fancy a Brew project for the next two years, in partnership with Groundwork West Midlands, which will target residents living in Birmingham high rises.

Those living in Clydesdale Tower attended the event where traders offered Caribbean food and drinks to encourage tenants to eat together, make new friends and have a conversation.

Our Community Engagement Manager, Elaine Shirley, says: “We are so pleased to be involved in this project which helps tackle social isolation among our residents.

“We had so many people turn up to the first event and many conversations were started with people living in the same block – and we hope this means they will have someone to talk to in future.

“A recent consultation with the residents living there showed they wanted more opportunities to meet their neighbours and take part in local activities – and this project helps to do that.”

The activities will be held weekly and can be anything from informal coffee mornings to cinema trips and football matches.

Resident, Patricia Powell, aged 83, says she found the event beneficial: “Sometimes when you live in tower blocks it is easy to feel socially isolated as you often walk upstairs to your own flat and don’t see anyone.

“This event was great to attend. I met some of the people who live in the tower block with me and I feel that I will be able to strike up a conversation with them in future.”

“Fancy a Brew is a really good scheme to help tackle social isolation and I am looking forward to seeing what other events there are to get involved in.”

Manager of Groundwork West Midlands, Jo Elward, says: “The event was a great success and has allowed us to find out what residents would like to do in the future too.

“We’re so glad the event has been well received and are looking forward to many events in the future which will help to tackle social isolation.

“Even though the events are targeted at the over 50s, anyone who would like to join in is welcome.” 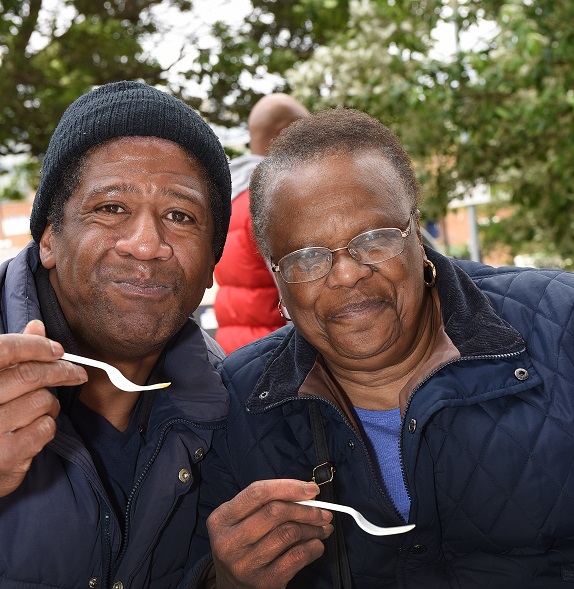