We are extending our modular pilot to build 24 new homes on eight garage sites in Coventry.

Planning permission has been granted for all the sites across the city and work has started on building the homes in our partner’s factory.

We are working with Totally Modular on the pilot which is a multi-million-pound project and will regenerate ex-garage sites to provide highly energy efficient family homes and bungalows.

We previously worked with Totally Modular to build two award winning homes in their factory in Cradley Heath, near Dudley, these were then transported more than 30 miles on the back of a truck before being craned into place in Littlethorpe, Coventry.

Our Executive Director of Development Nick Byrne said: “It’s fantastic we are extending our modular housing pilot. It allows us to to proceed with our ambitions to deliver modular construction homes on some of the most difficult sites to develop and replicate the quality standards of our homes at Littlethorpe.

“These new schemes will have a positive impact on the current issues around temporary housing and offer future customers a home which is a foundation for life. The homes will be offered at affordable rent so will be very attractive to families living in Coventry.”

The scheme at Littlethorpe achieved an A rated Energy Performance Certificate, which means this type of development is in the top one percent when compared to quality standards measured nationally.

Nick added we are also looking to replicate this type of delivery on our extended pilot.

He said: “The energy efficiency we are achieving in these homes is in line with the Government’s future homes standards and our Development strategy.

“We have decided to extend the pilot, so we can show further the benefits of modular construction especially on sites which are former garage sites. This means a reduction on the impact on residents due to the homes being manufactured in a factory which minimises the construction on site.”

Other benefits of modular homes include reduced time on site and reduced fuel bills for customers. The actual running costs for the Littlethorpe pilot were approximately £1.48 a day for a three-bedroom home with five occupants.

Managing Director of Totally Modular John Connolly said: “We are extremely pleased to be given this opportunity to work alongside Citizen again after our initial successful pilot scheme.

“As with all trials there are lessons to be learnt and our collective aim is to implement the take outs from that scheme to ensure both Citizen and the residents benefit from best available technology with regard to both environmental and energy performance.

“With the direction of travel for UK housing delivery being net zero carbon, Totally Modular and Citizen are playing their part in ensuring the assets delivered today are future proofed for the city and residents of Coventry.”

The developments are due to be finished early next year.

Watch the video about out modular pilot below: 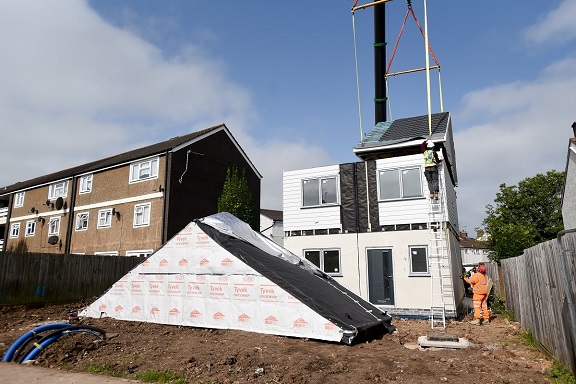