One of our Birmingham residents has been named as Outstanding New Talent at the Royal Television Society Midlands Awards.

Sue Brown, who lives in one of our properties, was presented with the award at the ICC in Birmingham on November 29.

She was asked to present the BBC documentary the First Black Brummies after speaking to the director about her parents moving to Britain from Jamaica.

She said: “I can’t believe that I’ve won another award.

“My experience of presenting and winning awards feels like a whirlwind and is something I didn’t expect to happen at all.

“I felt very lucky to be nominated for the award, let alone win it.”

Sue added that she had a great experience being on the red carpet too.

She said: “I’m so proud to have been involved in this project.

“It was interesting to hear other people’s experiences as part of the filming process and I’m so pleased it is winning awards.”

Our Neighbourhood Officer, James Hobbs, adds: “I am so proud of Sue – she really deserves to win this award.

“We think it’s amazing to be offered a presenting role, but to win two awards is an enormous achievement – congratulations Sue!”

The First Black Brummies looks at Birmingham in the 50s, 60s and 70s and focuses on what it was like for people who moved from the Caribbean to the Midlands. It was first shown on the BBC in 2018. 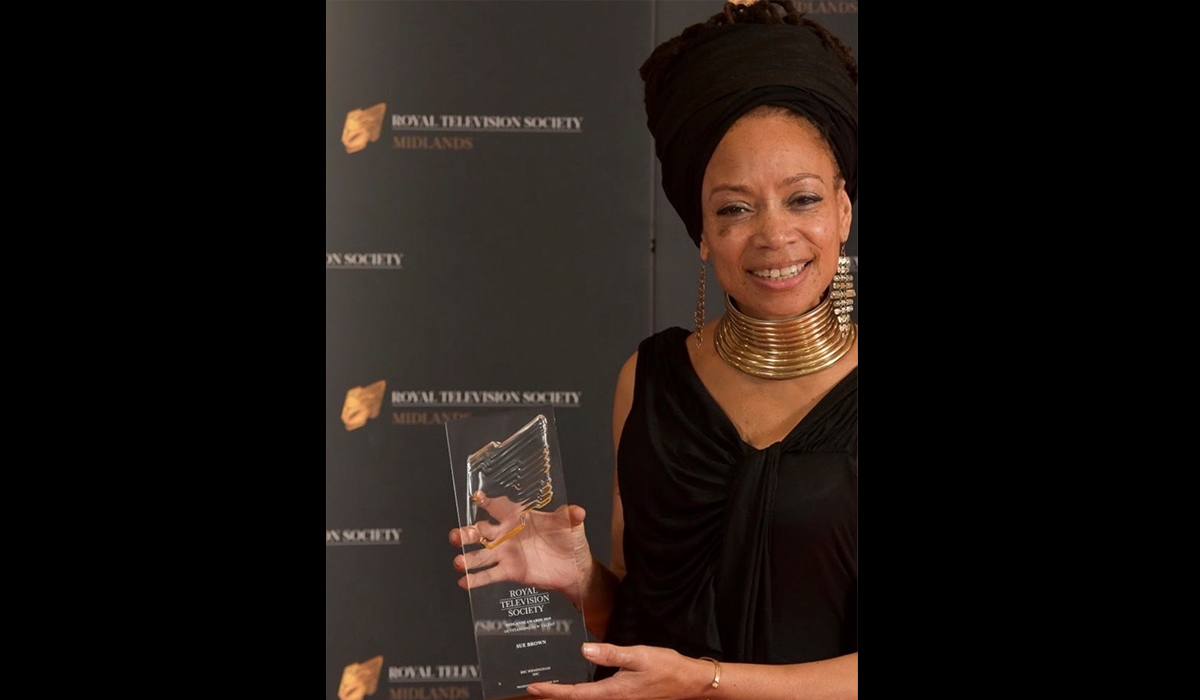