One of our Birmingham residents has presented a BBC documentary and is now up for a television award.

Sue Brown was asked to present the First Black Brummies and is nominated for Outstanding New Talent at the Royal Television Society Midlands awards (RTS).

Sue, who is a poet and works part time in a children’s centre, is also getting offers to narrate programmes on BBC Radio Four too.

She says: “I am amazed that I have been nominated for this award, last year I was working full time in a children’s centre and this year I am shortlisted for an RTS award.

“Last month the First Black Brummies also won a Movie, Video and Screen award (MVISA) for Best Factual Production. It was amazing to collect the award at the ICC in Birmingham. I loved being on the red carpet with celebrities and going on stage, even though at times it didn’t feel real.

“I’m so proud of being involved in the project and it’s great that it is being recognised at awards ceremonies too.”

Sue, who has lived in our properties for most of her adult life, first visited the BBC producer to talk about her parents moving to Britain from Jamaica. She also introduced the producer to other people with similar experiences and a month later he asked Sue to present the programme.

She says: “It was my first TV role and the crew were so good at getting me used to the cameras so I could interview people for the programme.

“It was a 15-day shoot that took place over a few months, it felt surreal but was filmed tastefully.

“They also interviewed my sister who still lives in Jamaica as part of the programme. I was born in Birmingham, but she was born in Jamaica before my parents came to the UK. They could not afford to bring her over to Birmingham and my dad went three decades without seeing her.

“The documentary looks at people’s experiences of moving to this country from the Caribbean.”

Our Neighbourhood Officer, James Hobbs, says: “It’s so good to see our customer Sue Brown being part of a BBC documentary, then go on to win an award and be nominated for another is amazing!

“We are so proud of her.

“When I found out about her achievements, I wanted to let everyone know what she has been involved with.”

The First Black Brummies looks at Birmingham in the 50s, 60s and 70s and focuses on what it was like for people who moved from the Caribbean to the Midlands.

The RTS awards ceremony takes place at the ICC in Birmingham on November 29. 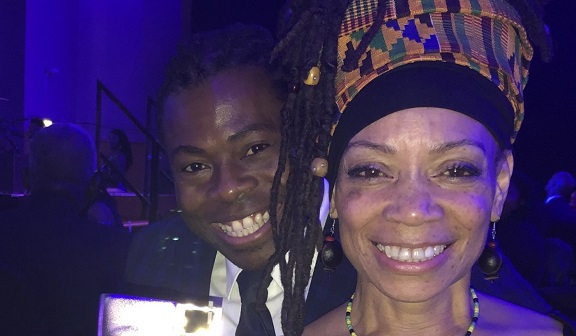