Three blocks of flats in Spon End will be demolished and replaced with new homes as part of a major regeneration project.

Our plans will see Kerry House, Milestone House and Trafalgar House, which include 158 flats, replaced by a mix of new homes.

We first announced the regeneration project in September 2019. The plans to transform the existing buildings came after a survey of residents showed many wanted investment in the area to tackle issues like anti-social behavior and fly-tipping as well as improvements to homes.

The original plans would have seen significant works to the three blocks with new roofs, doors, windows, energy efficiency measures and improvements to security.

Extensive building surveys were carried out in empty flats in some of the blocks which showed another £4m would need to be invested to complete structural works to allow the buildings to withstand the improvements. This would still not guarantee the long-term life of the buildings or improve the thermal efficiency of the homes to make them warmer to meet today’s standards, which customers who lived in them said was a priority.

We have informed all residents in the blocks and will support them through a rehousing process over the next two years.

Our Chief Executive Kevin Rodgers said: “We are pleased to be able to move forward with our plans to transform Spon End.

“As a not-for-profit social housing provider, it is our duty to make investment decisions which benefit people in our communities in a responsible and sustainable way.

“This decision was not taken lightly but it became clear once we had completed the in-depth surveys of the buildings that this is the right way to move forward.

“We will start the rehousing process in September and will consult the community ahead of developing plans for the new homes in Spon End.

“We will work with our residents to minimise disruption to their lives and we will support them all the way through the rehousing process.”

Residents in Kerry House, Milestone House and Trafalgar House will be rehoused over the next two years. The community will be consulted to help to develop the plans for the new homes in Spon End. We then hope to start development in 2023 with completion in 2025.

The £21million regeneration of nearby Wyken, including the demolition of a tower block, the refurbishment of another and plans to build new houses in the area, is progressing as planned. 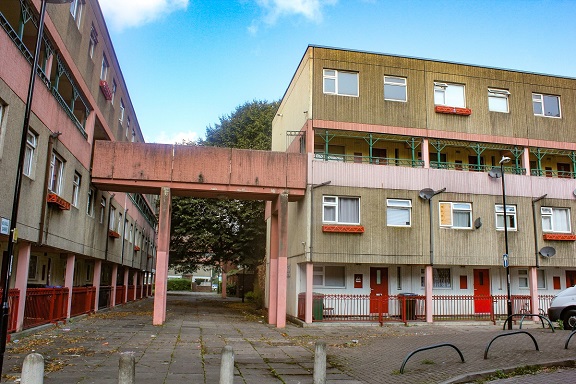