We are trialling a new Vodaphone Smart Camera in Coventry to help us tackle fly tipping.

Throughout lockdown there has been a huge growth in the amount of fly tipping and littering – most notably in Coventry.

Since lockdown we have seen a 21 percent increase on the amount we have spent on fly tipping.

After being approached by Vodaphone, who have partnered with iDefigo a UK-based instant surveillance company, we decided to take part in a pilot to use electronic surveillance to tackle fly tipping – and it has already caught someone in the act!

Fly tipping is the illegal dumping of waste. It can be liquid, solid, and anything from a single bag of rubbish to a large amount of waste dumped from a truck. This can include littering, organised dumping, or dumping furniture and fridges.

Fly tipping can result in the perception that an area is untidy, and customers can lose their sense of pride in the area and it also encourages further littering.

The Smart Camera is a mobile high-grade camera that is easily moved and captures events that matter. It transmits images to any device, 24/7, and sends alerts when a trigger event has occurred, such as an act of fly-tipping. The images are encrypted and are accessed via secure login and password and are saved up to year.

The camera has been installed in an area of Coventry and will be moving to different areas throughout the pilot.

Our Director of Housing Peter Gill said: “We have installed one of the Smart Cameras and we are pleased to say we have already caught one person dumping some rubbish in the area!

“The other benefit of the camera is that it is easy to use, so we would be able to train colleagues to move it to different locations.

“We are hoping it will deter people from fly tipping and it will help with the prosecutions of those who do.

“Citizen has been a victim of its own efficiency as, by removing rubbish so quickly when reported, people were becoming reliant on this as ‘the system’ for disposal of their rubbish and choosing to dump their rubbish onto the street instead of disposing of it properly.”

Colleagues in our Estates Teams have established regular dialogue with local authority waste removal teams to tackle fly tipping in other areas. 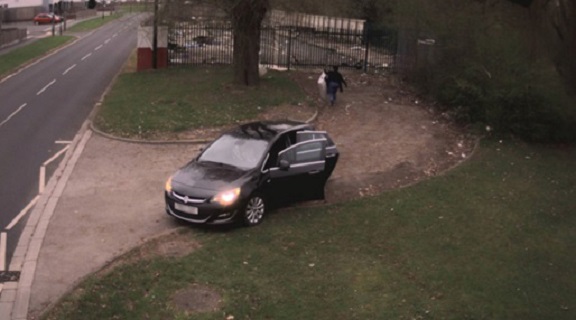