Work has officially started on a major development at the former Lea Castle Hospital site in Kidderminster.

Over the next eight years, 600 homes will be built at the 49-hectare site and will be made up of one, two, three and four-bedroom homes.

We are working with Vistry Partnerships to build 240 affordable homes – 59 social rent, 100 affordable rent and 81 shared ownership – and 360 outright sale through a joint venture with Vistry Homes.

This £137m development will provide more affordable housing than is required by the local planning authority.

The hospital buildings at the site have been demolished and sports grounds, play areas and natural open space will be created.

The site has extensive history including being used as a military camp in World War Two and the site was occupied by the Royal Army Pay Corps until 1960.

From the 1960s to 2008 the site was used as an NHS hospital and a place used as a care home for people who suffered with mental illness.

Some of the buildings remained in use until 2014.

Our Executive Director of Development Nick Byrne said: “This is a huge development for us and it’s fantastic to be working with Vistry Partnerships on this scheme.

“This brownfield site has an extensive history and is well known in the area, so it is brilliant we have now started work on this development for 600 homes.

“The scheme will take eight years to complete and we are looking forward to bringing some much-needed homes to the area and creating community spaces too.”

“The development will provide a range of new affordable homes, enhance the existing landscaping and boost economic growth in the area.

“We’re looking forward to see it develop over the next few years.”

This site is one of two sites that have been sold to Vistry Partnerships by Homes England. 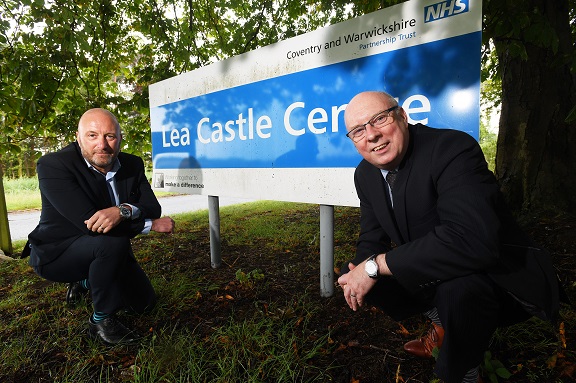