Our Executive Leadership Team has overall responsibility for the day-to-day management of our organisation.

Kevin was appointed Chief Executive at Citizen in May 2015. Before that he was the organisation’s Deputy Chief Executive and Group Finance Director having previously worked as a consultant at PricewaterhouseCoopers.

In September 2016 Kevin was elected as the Chair of the West Midlands Housing Association Partnership which was created to provide a single voice for housing associations to engage and support the West Midlands Combined Authority (WMCA) in delivering on an ambitious change programme for housing that will be necessary for it to achieve its social and economic aims.

He is currently a Board Member of North Solihull Partnership and Coventry Local Public Services Board and actively involved with the work of the Local Enterprise Partnerships in Greater Birmingham and Solihull and Coventry and Warwickshire.

I’m proud to be part of Citizen because ….

“We work in the region where I’ve lived my whole life, we employ local people, we balance our investment in new homes and existing communities and we are committed to our social purpose.” 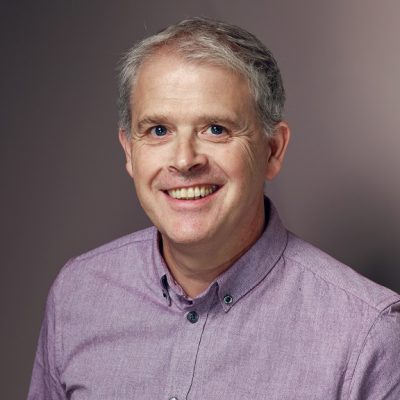 Prior to this he has been Chief Financial Officer at Citizen for the last five years.

Before joining Citizen Stuart had previously worked for a number of West Midlands Metropolitan Councils in a variety of positions most recently in executive roles responsible for finance and corporate services.

During 2017 Stuart led on a major restructuring of our debt portfolio which resulted in our successful £280m public bond issue in October 2017. Stuart is currently the Chair of the West Midlands National Housing Federation Finance Forum.

I’m proud to be part of Citizen because…

“We are willing to make the right decisions. We take our social purpose extremely seriously and sometimes that means making decisions which are tricky financially, but are simply the right thing to do. We’re not afraid of those decisions.”

Nick is our Executive Director of Development and has been in post since September 2017.

Nick joined Citizen in June 2016 as Director of Development and Procurement. He is responsible for our ambitious development programme; aiming to provide a mixed-tenure programme of 650 homes a year for affordable rent, shared ownership and market sale.

Nick’s other responsibilities at Citizen include our sales function and delivery of two of the region’s largest regeneration projects; in North Solihull and North East Coventry. Prior to Citizen, Nick worked for some of the largest housing associations in the Midlands including Midland Heart, Waterloo and Orbit. He is a member of both the RICS and the CIOB.

I am proud to be part of Citizen because…

“Our mission and social purpose. We have a desire to provide innovative services that put our customers at the heart of our work and set us aside from the pack.”

Prior to this, Gary was Director of Treasury, Assurance and Procurement at Citizen. He has worked within Finance and Corporate Services at Citizen since 2003 having previously worked for Deloitte.

During 2019 Gary led on the legal amalgamation of the Group’s Registered Providers which became Citizen on 1 September 2019. He also led on the signing of an agreement to tap Citizen’s 2012 bond with a further £100m to be issued in October 2020.

Gary is currently a Governor and the Finance Committee Chair of a primary school near to his home.

I’m proud to be part of Citizen because ….

“We are ambitious and we’re willing to try different things out. We aren’t afraid to take on the tough stuff; we see potential in everyone and want to help them reach it.   Our strapline is home is our foundation for life and I am very proud to work for an organisation who has such a strong social purpose.”