Councillor given tour of our Whitecross scheme in Hereford

Members of our Care and Supported Housing Team have given a councillor a tour of our White Cross accommodation in Hereford.

The scheme, made up of eight rooms and four self-contained flats, opened earlier this year and helps provide a home and support for people who have found themselves homeless in Hereford.

Our Director of Care and Support Martyn Hale and Head of Housing Support Liz Carroll gave Cabinet Member for Housing Councillor Ange Tyler a tour of the scheme.

Martyn said: “We showed Councillor Tyler from Herefordshire Council around Whitecross which supports the 12 customers at the scheme, all of which have a background of rough sleeping.

“We wanted to show Councillor Tyler the building so she can see the benefit of the investment that the council have put in. The visit means that she has been left with a clear, positive overview of the joint service we are providing with the council and how important this is in the context of supporting those who are homeless and rough sleeping.”

There are currently 10 rooms let in the scheme. Referrals for the remaining two are being assessed.

Martyn added: “One of our key business drivers is helping to support the ending homelessness. Our Whitecross scheme is further evidence that we are serious about this.

“So far, the scheme has been doing very well, particularly the joint working between our team and the council’s. We have received some really positive early messages from customers about the benefit the scheme has had so far on their lives and general wellbeing.

“The great work by Kerry, Anne, Darren and Liz has really showed that we can and do make a difference!” 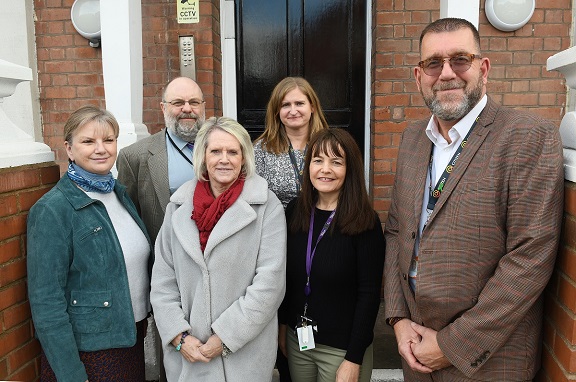