Our Building Surveyor Wesley Belle has been nominated for a national award at the Constructing Excellence Awards to be held this November.

Wesley won two awards in April at the Midlands G4C Constructing Excellence Awards – Young Trainee of the Year and Young Achiever of the Year which automatically made him a finalist in the national awards.

Wesley will be up against the Young Achiever of the Year from seven regions across the UK at the ceremony to be held at the London Marriott Grosvenor Square Hotel on November 8.

If Wesley wins, he will be named as G4C’s Future Leader.

Wesley started working for us as a Tenant Liaison Officer in 2013 and realised he wanted to become a building surveyor while working on a regeneration project in Woodend, Coventry, and he pestered his manager to allow him to retrain. He started as a Trainee Building Surveyor for the organisation in 2015.

The nearest master’s course in building surveying was at Nottingham Trent University and Wesley used up some of his annual leave to attend lectures and exams – often getting home at midnight and then working full time for the rest of the week.

Wesley says: “I was so thrilled to have won two awards earlier this year and it’s a bonus to be nominated for a national award.

“I’m so proud of what I have achieved so far, and a national award would be the icing on the cake for me!

“It feels great that I’ve been recognised for my work.”

After completing his degree, Wesley was awarded a distinction and was given an extra award for the Most Outstanding Performance on the MSc Building Surveying degree from the Royal Institute of Chartered Surveyors.

The Constructing Excellence Awards will be held on November 8 – fingers crossed for you Wesley! 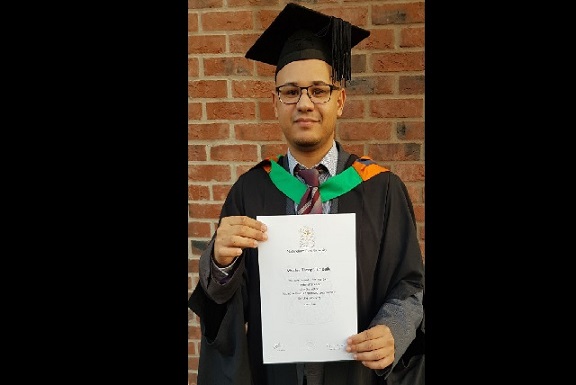