Our Development Team have won a Building Communities Award!

Our Development Team have been named winners of the Building Communities Development Strategy of the Year award.

The team were named as the winners at the ceremony held in Leicester on Friday.

The awards recognise teams that have taken part in ambitious development programmes for social housing which contribute to successful communities.

Our Development team were recognised for smashing their targets, signing a landmark deal as part of a strategic partnership with Homes England and initiating a modular pilot.

Our Executive Director of Development Nick Byrne said: “Congratulations to the team for winning this Building Communities Award.

“It’s fantastic to see the team recognised for their hard work on the development strategy.

“We have a great strategy for the next five years which includes securing new land opportunities allowing us to bring forward many of our developments. It also includes empowering the team to embrace the Citizen values while being flexible and adaptable to a changing environment.

“Well done everyone who has been involved!”

Some other achievements for the Development team in the last year include: 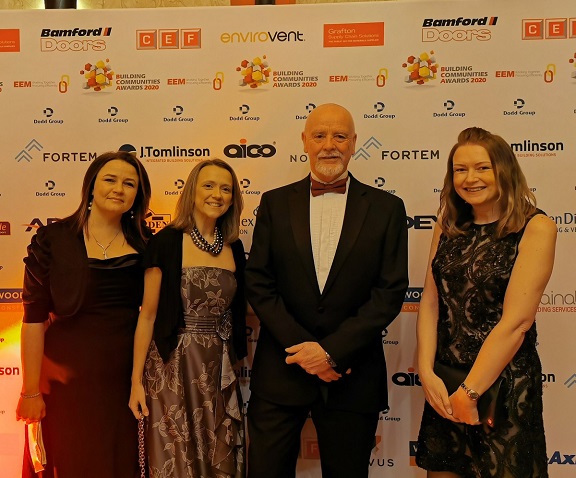